Up to 69% of all funds raised come from start-ups’ own sources: Your own crowd, the crucial component in any crowdfunding campaign

Envestors survey of UK start-ups uncovers major issues with market perception among growth businesses as to what it takes to be successful at crowdfunding.

In order to get to the heart of crowdfunding, Envestors undertook a survey of 200 UK businesses which had used this method to raise equity finance within the past three years. A fundamental issue, highlighted by the data, is that the market perception of crowdfunding is plagued by myths; these misconceptions are key contributors to the low success rates of crowdfunding campaigns – which are 36% according to Statista. In this series, we dig into the data to dispel the myths in order to help companies succeed at crowdfunding.

When asked what companies liked about working with a crowdfunding site, the ability to raise money through family and friends received a low ranking for 60% of respondents. The reality, however, is that having your own crowd is vital to success. Here are our top three reasons why:

1 To get to the crowd, you’ll need to get your own crowd first

It’s a little publicised fact, but most crowdfunding sites require you to be part funded before you even start your campaign. The percentage varies from site to site, but without these offline pledges, you can’t get access to their crowd or ‘go live’ at all; 27% of our successful respondents gave this as their biggest gripe with crowdfunding. Fundamentally, raising equity finance is hard work and the misconception – that you can just sign up and watch the money pile in – is a damaging one to scale-ups.  Your crowd are those who took the risk and backed you first;  as Khierstyn Ross, the founder of Crowdfunding Uncut, says, ‘If you launch your campaign with zero audience, you are launching to crickets’.

Crowd investors are more likely to invest if others have done it first. However, 60% of our unsuccessful respondents gave the ability to raise money through their own network –  via a crowdfunding site – a low ranking and only 40% of our successful respondents appreciated that they could seek funding through their own network on a crowdfunding site, despite the ‘following the herd’ mentality being alive and well in this space.  It’s actually pretty sensible; for instance, if start-ups have a high chance of failure (according to Fundera, 50% of all new companies fail in their first five years in the UK), why should investors part with their cash, unless others have decided it’s worth taking that risk?  This is particularly relevant with crowdfunding, as most of the crowd are not experienced sophisticated investors or– in other words, they’re not experts, so will need to feel secure that they’re not going out on a high-risk limb on their own.

When asked what proportion of all funds raised  were from their own network versus those raised by the facilitator, the percentages highlighted in the survey were possibly the biggest surprise: the median amount of funds raised through our respondents’ own crowds was 37%, rising as high as 69% of all monies invested.  This, once again, highlights just how important it is to have your own network; if our respondents were to rely purely on the site’s crowd, they’d have failed abysmally. Your niche community is vital if you’re to succeed and if you’re going to build this community, you will have to work hard, proving once again that crowdfunding is no easy solution when it comes to raising equity finance.

Data was collected in 2019 and all respondents were owners, founders/co-founders or CEOs, from a variety of sectors with no business older than eight years.  The sample was controlled – 50% were successful and 50%. 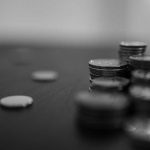