The vaccine is here – now what? Predictions for early-stage investment in 2021

in Investing
by Chantelle Arneaud

With the UK’s vaccination programme underway, 2021 is bound to be a better year than 2020. Investment activity is set to increase, but the early-stage investment market is bound to feel the effects of the pandemic throughout the year.

However, will things get back to normal throughout the year?

A nationwide rollout means the return to normal will be a slow one. Since experts are now predicting the vaccination campaign to go on until October, and with new strands popping up at the start of the year, the future still brings a degree of uncertainty.

Mark Brownridge, Director General of the EIS Association, mentioned how economic uncertainty had angel investors weary to invest in 2020.

“Around a quarter of all money invested through the EIS scheme is raised via Financial Planners and wealth managers and this is where we saw the biggest dent in 2020,” said Mark Brownridge, Director General of the EIS Association.

According to him, it will take a full year for things to slowly get back to normal.

“When you look at the last recession, in 2008, it took a year to get back to normal. Investors don’t like uncertainty and there is still too much of it,” he added.

With investment down, companies step up

While 2020 was great for health tech, gaming and a small number of digital services, the industry as a whole suffered from decreased interest from angel investors.

Companies have been pushed to their limit as they’ve been trying to come up with solid business plans and reasonable valuations during a pandemic-fueled recession.

With the continued difficulty predicted in raising capital in 2021 entrepreneurs will start to put more emphasis on getting investment ready to increase their chances of securing capital investment.

A move towards digital fundraising platforms

In the past, investment networks had been slow to adopt digital. 2020 turned the industry on its head with pitch events being held entirely online.

An industry built on the belief that raising capital is all about relationships has had to adapt to online tools, and the shift towards digital will not end here.

Digital platforms facilitate investment through easy access to due diligence tools, online pledging, investor-founder Q&A, and analytics that make clear which deals are generating the most interest.

Through a digital platform, companies can track investor interest and control who sees their confidential documents. Investors can track deals they’re interested in and ask founders questions. Investment networks can promote deals to certain investors and track which ones are generating the most interest.

As we struggle with new lockdowns through 2021, adoption of digital investment platforms will grow stronger and become the industry norm.

A rise in deal sharing

Investment networks are slowly, but surely adapting to the new normal that digital brings by partnering on deals.

At Envestors, we saw attitudes change towards deal sharing at the end of 2020, as networks become more open to bringing new investors in on deals.

“With the economy feeling the impact of the pandemic, it is more important than ever that funders work together to create a supportive start-up ecosystem,” said DSW Ventures’ David Smith.

Smith has been using the UKBAA’s Dealshare, which has now been opened to the public, after previously being exclusive to members of the organization.

Connected networks at a regional level

While local networks used to compete for investment, the pandemic has brought regions together as several networks join to form regional super networks. More super networks are expected to pop up throughout the year.

Birmingham Tech is a great example of an organization that aims to connect the start-up ecosystem in its region.

“I started off with a focus on creating Birmingham Tech Week, but quickly realised that there was a much bigger job to be done in fostering collaboration across the tech ecosystem,” founder Yiannis Maos explained.

Birmingham Tech has quickly drawn support from its community, as it tries to unify investment networks throughout the West Midlands.

“Minds quickly changed and many who initially viewed the idea with pessimism are fully behind us and supporting our initiatives,” Maos said.

The initiative has grown to include the West Midlands Combined Authority, Bruntwood SciTech and Aston University.

Collaboration and connectivity seem to be the official 2021 words of the year, as investment networks start to team up and work together in supporting their cohorts raise funding.

2020 has been a challenging year but, as the world recovers from a recession in 2021, we will start feeling the effects of all the positive changes the last year has brought. 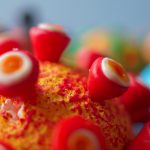