COVID-19: How has it impacted the investing and fundraising market?

The COVID-19 pandemic has rattled the UK economy unlike anything we’ve ever seen. Economists are reporting that the great crash of 2008 was merely a dry run for the global recession that we’re facing now. Reports indicate that the UK’s start-ups are especially vulnerable: 615k jobs and £18.9bn of equity investment are at critical risk and private funding has dropped by a whopping 70%. Of the 3.8m UK SMEs, it’s estimated that 53% are in danger with over a million jobs likely to go if they collapse.

Despite all this gloom and doom, there are measures to rescue the UK economy and – thus far – only 17 SMEs have closed their doors. Conversely and to quote Paul Graham founder of Y Combinator, ‘Any start-up that gets started during the next few months, is disproportionately likely to succeed.’ Many of our biggest and most successful start-ups were indeed founded during a recession –  Envestors itself raised equity finance for Chargemaster (founded in 2008) and Ebury (2009); both companies recently exited for £130m and £36.5m respectively. Whether this is down to fortune favouring the bold remains to be seen, but it’s certainly a point to consider with optimism. Below we list some of the steps being taken to protect those within the private investing and fundraising sector:

Within days of the lockdown, the Chancellor announced a number of unprecedented measures to protect those SMEs at risk, including cash loans, job retention – otherwise known as furloughing – procedures, sick pay rebates and VAT referral.  You can read our report – 7 Key Grants to Support SMEs Affected by the Coronavirus – about these measures in more detail here

EISA (Enterprise Investment Scheme Association), a not-for-profit organisation that works with the government, HM Treasury and HMRC to set policy on the tax relief schemes EIS/SEIS. Originally created by the UK Government to encourage investment into start-ups and early-stage businesses, these schemes benefit investors by offering potentially significant income tax and capital gains reliefs when an investment is made into an EIS eligible start-up or business. EIS and SEIS regulation wants to increase these measures further still and has been lobbying for short-term changes to the EIS and SEIS schemes during the pandemic. As it is already proven that increasing the EIS/SEIS income tax rate of relief is strongly correlated to an increase in funds raised from private investors, EISA proposes the tax relief rises to 60% for both schemes. This would enable investors to connect with struggling SMEs – as quickly as possible – and would be a vital element in the recovery from COVID-19 by saving jobs and thus supporting a stable economy in a post-pandemic environment. Should this proposal succeed, it would release £600m+ of capital to support an unlimited number of companies with up to £5m of capital in any one year. Read more here

Innovate UK, a non-departmental public body that operates as part of the government’s Research and Innovation organisation, has stated that it has £750m to deploy in support of the most R&D intensive SMEs and has plans to accelerate up to £200m of grant and loan payments – for its 2,500 existing customers – on an opt-in basis. Innovate UK has also – this week – launched a new focus area ‘Open Call for Innovation’, a financing scheme specifically intended for businesses that in some way can help in the battle against COVID-19. A great example is that they are currently looking for a tech firm that could produce rapid sanitising technology to speed up the time it takes to clean ambulances – currently 45 minutes after transporting an infected patient – which would reduce time and pressure on the cleaning centres and paramedics and thus save lives.

The Future Fund scheme launches this month – in partnership with the British Business Bank – and the government has announced with it will initially make up to £250m available in total for the scheme. The money will be given as government loans to UK-based companies ranging from £125,000 to £5 million, subject to at least equal match funding from private investors and provided they have previously raised at least £250k in the last five years. 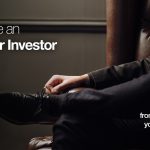 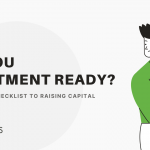