in Fundraising
by Chantelle Arneaud

China represents a tremendous opportunity for high growth UK companies. It is a nation of vast wealth with the fastest growing economy in the world and Chinese businesses are actively looking for opportunities to invest in and work with British Technology companies. With the uncertain trading future of the UK within Europe, it is vital that British companies look towards China to maintain our position of being at the forefront of the technology revolution. Here are our top three reasons why you can’t afford to ignore China.

The People’s Republic of China was founded in 1949. However, it was the introduction of economic reforms in 1979 that helped to propel China into the ranks of the world’s major economic powers. Today the Chinese economy is the second largest in the world and, according to the IMF, the world’s largest economy by purchasing power parity.  Not only that, China is the world’s fastest-growing major economy, with growth rates averaging 10% over 30 years.  The country has an estimated $23 trillion worth of natural resources and the world’s largest total banking sector, with assets of $39.9 trillion.  As the world’s largest manufacturing economy and exporter of goods, China is also  the largest trading nation in the world, playing a prominent role in international trade and increasingly engaging in trade organisations and treaties in recent years.  What does all of this mean for UK businesses?For ENVESTORS’ portfolio company SOLARIS, it meant securing a significant offer in 2018 to create a joint venture to sell their solar panels to the Chinese market. 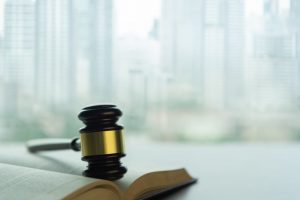 2. The timing of the opportunity.

China has a burgeoning investment portfolio in the UK, a fact that is heavily promoted by the Department for International Trade.  In June 2018, Theresa May led a British delegation of more than 50 companies to China, describing this time as a ‘golden era’ in relations between the two nations.  Since the implementation of President Xi’s ‘New Silk Road’ initiative – a development strategy aimed at boosting economic ties across the Eurasian landmass – it has become increasingly less difficult for businesses wanting to expand into China and scale ‘the Great Wall of Opportunity’.  Furthermore, with the uncertainty surrounding Brexit, British businesses are fighting to expand into other markets as they face an unknown future with regard to how trading will work within Europe.  Likewise, where British wages have stagnated, China’s burgeoning population of middle class consumers is growing, alongside its proportion of ultra-rich citizens. According to a recent study, China gets a new billionaire every five days, so the investment opportunities are gaining serious traction with the unknown future that our European identity holds.

The UK is the birthplace of some of the most innovative emerging companies in the world, with London remaining a magnet for entrepreneurial talent.  In no sector is this more perfectly demonstrated than technology. It is universally acknowledged that British technology firms are extremely strong:  we have some of the most groundbreaking academic research coming out of our universities, which is commercialised at a much higher rate than anywhere else in the EU.  China understands this, and is, quite simply, desperate to catch upEven in the face of a looming Brexit, where restrictions on free movement of both goods and people threatens to stymie the aspirations of overseas growth, British technology brands have all the ingredients to achieve commercial success despite the economic uncertainty by turning their attention to the East. Local governments in China offer a wealth of incentives, grants and subsidies to British technology companies seeking to establish a presence there: definitive proof that the UK and China are a perfect match. 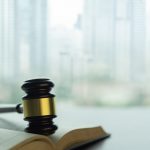 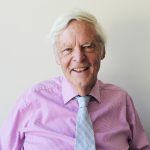