12 Things You Didn’t Know You Could Crowdfund

in Investing
by Oliver Woolley

Crowdfunding is ultimately about raising cash.  But potential investors might want to be involved because it’s about more than that – maybe they feel passionate about a project or maybe they just want to be a part of it.  Digital fundraising has torn down global barriers and given rise to the ability to source funding from a platform, 24/7 and regardless of location.  So, if you’re an entrepreneur who believes your idea is too quirky to crowdfund, you can think again as these days it appears that no idea is out of bounds.

Take a look at some of the most unexpected things that have been successfully crowdfunded:

Digventures is a social enterprise, organising crowdfunded archaeological excavation experiences.  The Digital Dig Team is the first ‘archaeological recording system’ in the world, which means you can watch and interact with the team as they dig and access data in real-time through their platform.  Investors can join their teams in the trenches or simply be a part of their armchair archaeology army.
2 Bricks and mortar

If you spend most of your free time watching reruns of Grand Designs or drooling over House & Garden, there is now an opportunity to be part of the dream.  Astute Property Acquisitions Corporation (APAC​) is a real estate development bond-issuer who have capitalised on the increasingly popular concept of crowdfunding property purchases.  Their investment strategy is to buy undervalued and unfinished property – repossessions, ex-council etc – across the UK and then breathe new life into them, allowing their investors to reap the rewards.
3 The environment

Unless you believe certain politicians, you’re probably pretty aware that the global ecosystem is in trouble.  Whilst we all do our own little bit – recycling, switching off lights etc – it is now possible to really make a difference.  The Green Angel Syndicate was created to make investments in early stage technologies, processes and installations in the Green Economy. The syndicate invests in early stage, innovative technology companies that are seeking to improve the way we use resources and facilitate the transition to a greener economy.
4 Divorce

Legal crowdfunding sites that include a divorce category have existed for several years, such as Funded Justice, but the concept did not begin to gain much publicity until honeymoon crowdfunding site Plumfund recently added a divorce section.  This allows users to create a divorce registry to help raise money for new household items, living expenses, legal fees, attorney fees and more.
5 Your computer’s unused power

A crowdfunding platform has launched that allows people to donate to charities by turning unused power from their computers into cryptocurrency.

Give Bytes uses blockchain technology to ‘cryptomine’ the computers of those wanting to donate. This allows them to donate any unused processing power – to the charity campaign of their choice – by turning it into digital currency, which is then converted into funds.
6 To fight famine

Global Farming System brings together local farmers and investors from around the world in order to support the development of agriculture, primary production and the processing and distribution of related products while helping to address food shortages in Africa. All Investments are impact driven and the network maintains a strong social conscience at the heart of its operations.
7 A delivery man who’s actually a robot

Britbots offers equity investment opportunities for their crowd to fund UK inventors in the robotics field, whose robots are ready to be actuated in the real world. A perfect example is Starship, a local delivery robot that styles itself as a ‘ground-based drone’.  Expect to see these cooler-boxes-on-wheels purring round the streets of London from next year, delivering groceries, packages and all sorts of other useful goodies.
8 Luxury Watches

Italian company Filipo Loreti offer luxury, limited edition watches to anybody who pledges through their fundraising campaign at a fraction of the watch’s retail price.  The higher the pledge, the better quality or greater quantity of watches the investor receives and this campaign was so successful, they raised nearly $9m.
9 To preserve an important piece of heritage

King Chapel on the campus of Morehouse College is the only one of its kind in the world.  Not only is this the alma mater of Dr Martin Luther King, it has hosted world famous dignitaries from the great man himself to Nelson Mandela.  A crowdfunding campaign led to its complete renovation with investors receiving anything from a ‘virtual round of applause’ for their pledge to a gold-plated bookmark from the chapel.
10 A dinosaur that glows

The Dino Pet developers Yonder Biology launched a digital funding campaign that netted three times the original target, raising £103,024 in total. 3D-printed Dino Pet glows because he is filled with dinoflagellates, the same organisms that cause the sea to glow at night as the waves lap at the shore. According to Yonder Biology, Dino Pet “redefines the whole plant-pet paradigm”.
11 Sleep

The NeuroOn contains four sensors that measure brainwaves, eye movements, muscle tension and blood-oxygen levels; two blue LED lights; and a built-in vibrate mechanism that acts as a silent alarm. Your brainwave frequency reveals depth of sleep, while eye movement indicates REM sleep, which means the brain is resting. The NeuroOn app can then sync the wearer’s calendar to the mask and plan a napping schedule around it. The £120 device reached its £260,000 funding target in January this year and has since shipped 2,000 units. At last – data that you actually want to make you sleepy.
12 ….  Just about anything

All it takes is to be so weird that it goes viral.  Two examples of utterly bizarre campaigns include a man who just wanted to make potato salad. That was it.  He only needed $10, started a digital campaign and people loved the simplicity of it so much that he ended up with over $55,000 from almost 7,000 backers.

The second started back in 2009: a project campaigner decided he really wanted to see every sentence of Moby Dick translated into emojis because he was interested in “the phenomenon of how our language, communications, and culture are influenced by digital technology.”  It was fully funded and went straight on sale.

The technology is ready, you just need to get your idea out there.  We can help, with our white-label crowdfunding platform you can bring your idea to the masses in a matter of minutes. 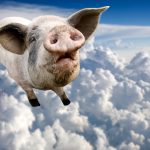 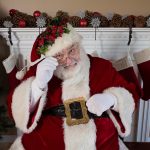